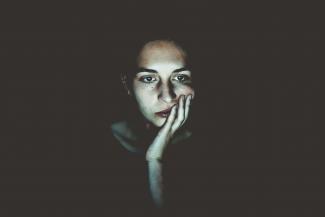 As we near the election, are there simple changes you can make to your mindset to alleviate some fears or reduce anxiety?

As defined by Oxford Languages, a tribe is a social division in a traditional society consisting of families or communities linked by social, economic, religious, or blood ties, with a common culture and dialect, typically having a recognized leader.

I've come to realize that, during my days in a fraternity at the University of Georgia, I was essentially a part of a tribe. My fraternity brothers and I generally morphed into a group that dressed the same, spoke the same language, and believed the same things. Sure, there were a few rebels, but for the most part, we were a homogenous group. We would judge others not in our tribe as inferior or worse. We would create stereotypes of those not in our group. If you went to another school like Georgia Tech (or as we called it – The North Avenue Trade School), you were a “nerd”. Of course, the kids at Tech were making the same judgements about students at Georgia – they were in a tribe also. (I used to hear Tech students proclaim that we would all be working for them one day.) I doubt the students at these schools have changed in this attitude much over the years. When I moved to Atlanta, I was shocked when I started working with a few Georgia Tech alumni. As it turned out, they were not very different than me! Okay...maybe smarter. (I may be skating on thin ice with my UGA brethren by writing this.)

As I write this just a few days away from a consequential election, it seems to me that society feels more tribal. We align with those that share our views, we judge those that don’t, and we only consume media or ideas that support our well-entrenched ideas. We become like zombies who just follow the “groupthink” of our particular group. I am certainly not immune to this. I read and spend most of my time with people who think what I think and believe what I believe. This is even true in a professional setting. While I try to be intentional about reading and researching alternative points of view, I still read and spend more time with advisors who share our philosophy than those who do not.

It also seems that we are more dualistic. Someone must “lose” for me to “win”. Or, that in uncertain times, we have a scarcity mindset and not an abundance mindset. A scarcity mindset is the belief that there will never be enough, resulting in feelings of fear, stress, and anxiety. On the other hand, an abundance mindset flows out of a deep inner sense of personal worth and security. It is grounded in the belief that there is more than enough for everyone.

Sometimes, those who seek to influence the tribe use scary stories and doomsday scenarios of what might happen if the other tribe wins. The 24x7 news media sensationalizes these scenarios. (An old saying in journalism is that “if it bleeds, it leads.”) A result of all of this is an increase in anxiety and fear of what could happen. Many people may be holed up in their caves with people who all think and act as they do and are being told that whoever controls the White House or Congress determines the fate of their financial security.

"Anxiety is practicing failure in advance. Anxiety is needless and imaginary. It's fear about fear, fear that means nothing."

“So, first of all, let me assert my firm belief that the only thing we have to fear is...fear itself”

Our firm has hosted webinars on the election and markets and our October Money and Meaning Show podcast discussed investing and politics. We provided data and evidence around why your political views should not influence your investment portfolio. I will not rehash that here. Instead, I would like to share a few simple mindsets that may help alleviate some fears or reduce this anxiety.

Below I outline what I will call the "Fear Vaccines":

1. It is much easier to have faith in the future if you have faith in a higher power.  Regardless of your religious background, a spiritual belief that we are created for a purpose and on purpose and that this is not all there is goes a long way knowing that “this too shall pass”. This belief also helps us appreciate that our fellow humans are similarly created and therefore, worthy – even if we do not agree with their points of view.

2. Begin in Gratitude, Live in Gratitude and Finish in Gratitude. If we are in a scarcity mindset, we become so focused on what others have and fail to appreciate what we have. Start each day with a list of everything you are thankful for. Write one “thank you” note a day – even for simple, mundane things. You’ll be amazed at how much better you’ll feel!

3. Experience the Joy of Generosity.  I recently attended a Joy of Generosity workshop with an organization called Generous Giving. It reminded me how great it feels to help others – even in small ways. I have a long way to go but am finding that it is difficult to be negative and fearful when I help someone else.

4. Play the Long Game. Whether you like the outcome of the election or not, the arc of history is long. No matter who becomes president in January, and no matter what policies he implements, the electorate—you and I—get another chance to voice our opinion with a vote in 23 months. That is one key feature that has made ours the most successful and longest-lasting democracy in history. In November 2022, the entire House of Representatives and a third of the Senate will have to face the voters again. And if the president or the Congress—or both—are held to have gone too far in one direction, they will get replaced.

I believe we all have a responsibility to make our voices heard. I believe we SHOULD seek to influence others with respect and dignity. Or as Justice Ginsberg said, “You can disagree without being disagreeable.” I believe and hope that you take (or took) advantage of the awesome opportunity to vote guided by your core values and beliefs. I just encourage faith over fear.

As always, TandemGrowth is here for you.

"Things in life will not always run smoothly. Sometimes we will be rising toward the heights--then all will seem to reverse itself and start downward. The great fact to remember is that the trend of civilization itself is forever upward; that a line drawn through the middle of the peaks and the valleys of the centuries always has an upward trend."

1 paraphrasing Henry David Thoreau’s line from his journal written in 1851.