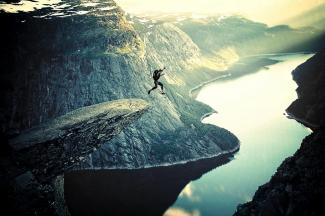 The Four Cs: a smarter path to achieving your life goals

I’ve always been passionate about learning. It’s one reason I’ve worked with a coach of one kind or another for most of my career. There’s just so much out there to know and understand—so much progress to be made as a person—that I never want to stop moving forward, both personally and professionally. In keeping with that lifetime commitment, I recently went back to a coaching program I first worked with way back in 1997. I completed the first session of the new program at Strategic Coach in January, and it already has me fired up. No matter what your path in life, I expect there’s not a person out there who wouldn’t benefit from a powerful concept I leaned about called ‘The Four Cs’.

While I certainly don’t profess to be an expert on the topic (I have a lot to learn!), the idea is rooted in the fact that there are specific stages of growth that all of us experience, whether we’re aware of it or not. Wherever we are in life, our current normal feels pretty comfortable. We have our daily routine, a job or role that we’re familiar with, and a way of doing things that’s rarely challenged. To grow beyond that familiar place, we have to go through some level of uncertainty, discomfort, even fear—and sometimes a lot of it! But once we push through that phase of change, we arrive at a new normal. Once again, we’re comfortable, and perhaps even complacent. Until we’re ready to grow again.

None of that is particularly new to anyone who has taken Psychology 101. But what fascinated me was the knowledge that successful entrepreneurs approach and tackle those phases of discomfort in a completely different way than the rest of us. Instead of taking the path most of us do—setting a goal, learning the capabilities required to achieve that goal, and then applying the skills we’ve learned to accomplish our goal—entrepreneurs tend to flip that order on its head. It looks something like this:

Stage 1: Commitment
Before developing any new capabilities, these innovators see the first step as fully committing to a goal by a specific date in the future. Think of Steve Jobs and the iPod. He set the goal of putting thousands of songs in everyone’s pockets. He didn’t know how he was going to make it happen, but he announced his goal and said Apple would deliver. That takes some guts!

Stage 2: Courage
Once that commitment is in place, courage is needed to move forward. By doing this over and over again, entrepreneurs tend to train themselves to be comfortable with discomfort and fear. It becomes their new normal. That courage—and guts—gives them the urgent push to develop the capabilities they need to get the job done, and fast!

Stage 3: Capability
The uncertainty of being able to deliver on a commitment forces acceleration of the learning phase. The Oscar-nominated movie ‘Hidden Figures’ is a great illustration of this. No spoilers, I promise, but because the Russians beat the US to space, the team at NASA had to improve their capabilities to catch up. Had they not had that push, the shift would likely have taken much more time. Existing capabilities were pushed to new limits in response to the commitment to win the race to space.

Stage 4: Confidence
Confidence is the cumulative result of the cycle. The commitment was made, courage supported progress, new capabilities were learned, and the goal was achieved. Having succeeded, the entrepreneur now has the confidence to take the next big leap into a new venture and commit to an even greater goal.

My son Nicholas is a perfect example of the Four Cs in action. At 19, he’s a freshman in college, and he wanted to get a “real job” for the first time. As all of us were at 19, his capabilities are limited, but he committed to finding a job, and he set a firm date to achieve that goal. Phase I was complete. Next, he applied for jobs. This took great courage because his goal exceeded his abilities and reached far beyond his normal comfort zone. The whole process of applying and interviewing felt like the great unknown, but he moved forward in the face of that discomfort. Next, despite his uncertainty (and I’m sure a good dose of fear) he developed the capability to become a good job seeker. He’d never applied or interviewed for a job before, but once he was offered a job he wanted, he had a whole new level of competence and confidence moving forward. Like an athlete in training, he has built new muscles by pushing himself through his uncertainty and fear, and he’s already thinking about his next leap forward.

Yes, I’m a proud dad, but even more than that, I see how the Four Cs can help every one of us take on new challenges. There is so much uncertainty in life, and there are always new challenges to tackle: investing, retiring, opening a business, you name it. And every one of those life events requires courage. But by committing to your goal first, you can follow the Four Cs to help you achieve your goal and, best of all, be prepared with the muscles you need to take your own leap forward—again and again and again.