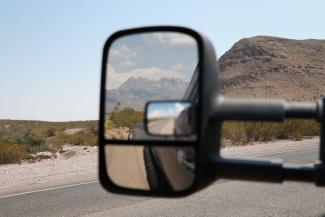 Musings on Recency Bias, Back Test, and Career Risks

Does past investment performance predict future results? In this month's blog, how one bias can cause investors to favor recent events over historic ones which could ultimately lead to decisions that erode their earning potential.

On April Fools’ Day of 1986, I began my career in financial services. During the period that followed from 1986 to 1990, the yield on 10-year government bonds stayed in a range between 7% to 9%. At that time, for advisors who used life insurance as part of a funding vehicle for financial plans, insurance companies were producing insurance illustrations for prospects using an 8% current interest rate for the next 30 years.

In the midst of a bull market, variable universal life insurance (often shortened to VUL) became a popular product. Because, why invest cash values into boring fixed interest securities yielding 7-8% when you could invest in equity mutual funds? To be “conservative”, the insurance company illustrations for VUL used a mere 12% assumed return. (I am being facetious—12% projections are anything but conservative!)

Of course, interest rates on government bonds declined from 9% in the late 1980s to today’s rate of 0.7%. Therefore, the credited rate on these products, as well as the mutual funds inside the variable products, did not perform anywhere near the illustrated projections.

This is a clear example of the dangers of extrapolating the recent past into the future.  This is called recency bias. Recency bias is a cognitive bias that favors recent events over historic ones. As described by the Institute of Management Consultants, recency bias gives "greater importance to the most recent event".

As it relates to investing, one can often observe recency bias in terms of direction or momentum. It convinces us that a rising market, individual stock, sector, or asset class will continue to appreciate, or that declining ones are likely to keep falling. This bias frequently causes investors to make emotional decisions—ones that could ultimately erode their earning potential.

Past Performance Does Not Predict Future Results

Government regulatory agencies know this is a common problem and require this statement on investment product offerings. The Securities and Exchange Commission website cautions investors with this paragraph:

The idea of recency bias has come to mind lately as I was thinking about how investors judge investment strategies or how advisors evaluate investment products or allocations. As in the example above, investment proposals that rely heavily on “backtesting” or recent history can be dangerous. For a non-fiduciary “asset gatherer”, it is quite easy to build an investment proposal that performed well in the past and thus is easy to “sell”. But we know what happened in the past—it is the future that is the problem.

A proposal that only shows historical past performance also misses a critical factor in the success or failure of an investment plan: investor behavior. Looked at from afar, the 1987 crash, the tech bust, the great recession, and other declines look minor in hindsight. The important question is:

Would you stick to a strategy when markets are “unkind” or when a “winning” manager goes through the inevitable period of “under performance”?

"Of all of the investment issues close to my heart, career risk is in my opinion the most important."

As investment advisors, we are all agents, managing other people’s money. We believe that we should recommend investments that research and experience indicate have a high probability of funding our clients’ long-term financial plans regardless of the fad of the day.

In times like these, when markets are led by a handful of large-cap, growth stocks (similar to the late 1990s), sticking to a disciplined, researched-based process can introduce “career risks”. It was John Maynard Keynes who first articulated this concept. In his book The General Theory of Employment, Interest, and Money, Keynes wrote: “Worldly wisdom teaches that it is better for reputation to fail conventionally than to succeed unconventionally.” Meaning, if you stray too far from the “crowd”, while you may win in the long run, your clients may abandon the strategy at the worst possible times.

I bring this up now, simply because many investors seem to be “chasing winners” and are relying on recent past performance as if it predicted future results. TandemGrowth’s advice remains consistent:

and your ability and willingness to accept uncertainty—and avoid chasing yesterday’s winners.

To learn more about TandemGrowth’s philosophy and how we think about investing, click here.