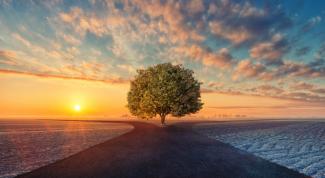 Any loss of life can be a difficult time for a family. When a well-known celebrity passes, it gets a lot of attention and reminds us how precious life is—especially when it is someone who was universally popular for how they lived ‘out of the arena.’

The events of last Sunday have many people feeling the blow. Whether you are a basketball fan or not, the tragic helicopter crash that killed Kobe Bryant, his daughter Gianna, two of her 13-year old teammates, the parents of one the girls, Bryant’s assistant coach, and the pilot, was sad news. Famous like Kobe or known only to their family and friends, each of their lives was lost too soon. And, like all lives, they mattered.

Whenever a tragedy occurs, it tends to make us pause, count our blessings, and promise ourselves that we’ll focus on the things that really matter. And while finances may seem out of place when the topic of the day is ‘things that matter,’ as a financial advisor, I know well just how fitting it really is. The people we love and the community we live in will always be at the top of the list of ‘things that matter,’ and providing for and supporting the people that are closest to our hearts is a priority for most of us. Ensuring that we can do that, both while we’re living and after we’re gone, requires that we make wise financial decisions. It obliges us to use our resources well to support and protect the people in our lives that matter most.

A few things that matter that you can control:

A few things you cannot control:

When headlines push stock prices in one direction or another, it’s a classic symptom of investors reacting to things that don’t matter. This past Monday, the market slipped in response to a sell-off by investors. The reason given by most analysts was that investors are feeling anxiety about a potential slowing in global growth resulting from China’s coronavirus. In reality, the equity markets are likely reacting not to the disease itself, but to the unknown. And there is always something that is unknown. It could be a health scare… like SARS in 2003, the Bird Flu in 2005-2006, the Swine Flu in 2009, the Ebola virus in 2013-2016—or the coronavirus in 2020. It could be a political event… like Nixon’s resignation in 1974, the Gulf War buildup in 1990, the House’s rejection of a bank bailout in 2008, Brexit in 2016—or a presidential impeachment in 2020. It could be anything investors aren’t expecting and that creates fear of the unknown.

But what really matters in the stock market isn’t how investors react in the moment, but where we’re headed over the long-term.

When it comes to addressing each new healthcare crisis, we have more scientists working to find solutions than ever before in history. In fact, science is increasing exponentially. It is estimated   that 90% of the scientists that have ever lived are alive today.[1] We also live in a world of unprecedented scientific collaboration; our networked world has given researchers the ability to share information and ideas like never before. Of course, these scientists aren’t working in healthcare alone. They are also helping to solve the world’s other major problems, from climate change to feeding a growing population to providing education for people in the most remote corners of the earth.

I was one of the lucky few who were invited to attend Peter Diamandis’s ABUNDANCE 360 conference (albeit via the live-stream version—not actually in person), a 3-day summit of some of the world’s most successful innovators, disruptors, and entrepreneurs. It was fascinating! What was most impressive to me was not the innovations that are in the works today (though they are nothing short of mind-blowing), but that because many of the speakers have already built massive wealth by monetizing their ideas, their efforts are now purpose-driven. Instead of focusing on building wealth, they are now able to use their ideas and resources to make the world healthier, safer, more efficient, and simply a better place for us all to live. For example:

As I listened to the stories of these brilliant women and men, I was inspired about what the future holds. And I was inspired by the value of wise financial planning in a world that is more ripe for innovation and growth than ever before. Even as tragedies and unrest happen all around us, the arc of progress is always moving forward.

When people in our world are affected by things like illness, death, and war, compassion is our natural response. It’s in our nature to feel and care deeply when others are in physical or emotional pain. That’s what makes us all so beautifully human. But in the big picture, the world is getting better for most people. I believe faith and resilience are our superpowers. Sunday’s accident was tragic, especially for the families and friends of those who died. For the rest of us, I hope it can serve as a wake up call to focus on the things that matter.