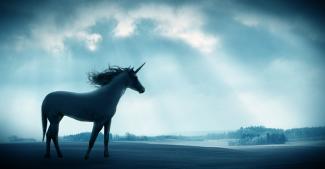 The truth about unicorns and “buying what you know”

Years ago, Peter Lynch was famously quoted, offering this sage guidance for investors: “Buy what you know.” It’s a mantra that many investors have held as gospel ever since. But is it really wise advice?

My friend Rick thinks so. He’s a very smart guy, and whenever we’re out golfing together, we end up talking investing. When we saw each other last week, he was excited about a new opportunity he wanted to pursue. He’d been reading the hype about the soon-to-come initial public offering from Uber. Touted as one of the largest IPOs in history, analysts predict the company will raise more than $10 billion when the offering hits later this year. “I don’t see how they can lose,” Rick told me. “They’ve already disrupted the transportation industry, and I just can’t see the world turning back. Plus, I use them all the time. Everyone does!”

Rick’s enthusiasm didn’t stop at Uber. The company’s biggest competitor, Lyft, also has an IPO in the works (the two offerings were announced within hours of each other last month), and Rick is planning to invest in them both. It’s a bet he feels he’s sure to win. “I know these companies,” Rick exclaimed. “I’m sure they’re going to win big.”

I hated to burst Rick’s bubble. He was so thrilled about the prospect of investing in not one, but two “sure things” that I felt like a sad, wet blanket. So I talked to him about unicorns instead.

In investing language, a “unicorn” is a startup company that is valued at $1 billion or more. Unicorns matter because the majority of these startups, most of which exist in the world of high tech, have extremely high valuations that, in most cases, aren’t supported by their fundamentals. Aileen Lee coined the term back in 2014 when her firm, CowboyVC, did an analysis of software startups founded in the 2000s. The study revealed that only 0.07% of them ever climbed to the $1 billion valuation mark. In fact, unicorns that hit the mark are so incredibly rare that finding one that does “is as difficult as finding a unicorn.” (You can read Lee’s seminal article here.)

Since Lee published her findings five years ago, the stock market rose steadily for another four years, and an ever-changing technology landscape has kept unicorn startups in the media spotlight. In 2016, Fortune magazine posted its own list of unicorns, with Uber holding the #1 spot. Others on the list include Airbnb, SpaceX, and Pinterest—And every day, there are more unicorns to tempt investors. Last week, analyst firm CB Insights reported that there are 310 private companies now valued at $1 billion or more, with an incredible 112 joining the “unicorn club” in 2018 alone.

Why did I want Rick to know the truth about unicorns? Because the data doesn’t lie. Yes, these investments could work out, but the fact is that his odds of winning big on an investment in a unicorn are probably lower than his odds of winning in Las Vegas (where the real winners are always the casinos—not the gamblers!). While we would not recommend these investments, investors should only speculate if your financial plan could handle the impact of a total loss. It would be wrong of me, however, not to fess up to this other lesser-known fact: I, too, once believed in unicorns.

Back in the late 90s, I worked at a firm where the managing director (my then boss) and I had a joint client—a high rolling investor who loved the “game” of the stock market. One day he came in to the office and told us each to pick a stock. He would invest an equal amount in each one; one-third went to his own pick, one-third to my boss’s pick, and one-third to my pick. Fun, right? The story gets better. The stock I picked was none other than America Online, or AOL. It seemed perfect. After all, I knew AOL, and everyone was using it at the time. In 1997, about half of all U.S. homes with Internet access had it through AOL. It seemed to have nowhere to go but up. And boy, did it! In the following year, the stock rose almost 400%. Our client thought I was a genius, and I suppose I did too. But after the Time Warner Merger, AOL’s dial-up service was outmoded by high speed Internet and the company struggled. Suddenly this young stock-picking genius didn’t feel like such a genius after all. It was a tough lesson in the workings of the stock market, and how even a “sure thing” is often anything but.

It’s a hard story to hear. Everyone knows of a stock that has done amazingly well and, in some cases, has helped bolster someone’s portfolio (hopefully their own) to incredible heights. Home Depot. Netflix. Apple. It’s so easy to grab on to these winners as examples of the “truth.” But all you have to do is look at companies like Sears, which delivered an annualized return of 10.9% from July 1926 through March 2005—and then came crashing down. Or Zynga, a superstar of the gaming industry, that was a Wall Street darling when it made its IPO at $9.50/share in December of 2011 and nearly doubled in price over the next three months. But when it missed earnings (badly), it crashed to a low of $2.12 in less than a year. Gamers who knew Zynga were stunned, and so was Wall Street. It was the unicorn no one wants to see—ever.

In Peter Lynch’s defense, he has since said that his quote, “Buy what you know,” was taken out of context, and that he would never suggest that investors should buy stock in a company simply because they love the company’s product. Still, his words seem to be carved into the lexicon of trading. If you find yourself tempted to follow his words, remember that just because a company offers great products or services does not make it a great stock pick. The best approach to building a strong portfolio over the long term is to trust the power of diversification, and to be sure your assets are carefully allocated to align with your needs and goals. It may not be as exciting as hunting for unicorns, but year over year, it will give you much better odds at reaching that pot of gold at the end of the rainbow.

Want to learn more about managing your investment behavior (even when unicorns lurk!)? Check out this great video from InvestmentNews: On Your Best Behavior: Good companies aren’t always good investments.

*To protect the privacy of our clients, we do not use actual names or financial details in our blog without express permission from the individual.